1.) I married my High School sweatheart, but he wasn't my first marriage.
2.) I had a miscarriage at 16
3.) I ran over an abusive boyfriend's foot with my car to get away from him and the cop arrested him.
4.) I had cancer when I was 27 & became a patient on the floor I worked on as a PCT/CNA at the time. Subsequently, I had to quit that job and I changed careers because I became phobic of hospitals for awhile.
5.) I remember every fiction book nearly word for word after I have read them. But I like to reread them anyway.
6.) I do not like crowded places and will have a panic attack if someone bumps into me at the store and need to leave right away, full cart or not. (This one happened today.. again)
7.) I have a GED, since I dropped out of school in the 12th grade to have my daughter. Even though I had A's throughout school and only 1 class left to take.
8.) I have a had more than a few one night stands.
9.) I am not religious AT ALL. Which saddens me.
10.) My father is 1 of 18 kids, my mother is 1 of 10 kids. They each have a brother named Bobby who is their only sibling to have passed away.
Posted by Azmomo2andcounting at 9:59 PM 3 comments:

So I have taken the great advise given, taken into account my utter lack of interest in paying so much for gas, and need & enjoyment of sleep. I have decided to sacrifice every Saturday for 16 weeks to the Microbiology department. I figure with 1 day a week in person class as opposed to 4 day a week in person class, I can actually finish my final online Humanities course too and be done with my ADN requirements.

Then just in case I have to wait one more semester for the RN Block I can roll into my three BSN general ed pre-reqs. Of course I chose this particular track aka school based on the fact that I do not have to take an extra Math class but its still a long pricey road ahead.

But I feel kinda weird right now. I have this foreboding feeling like... depression is sitting on the edges and is going to smack me in the face again. I hope its just because of the giant ball of stress that has had me emotionally tied in knots for the last 8 weeks is over and my mind and body just don't know how to cope with the lifted weight.

Could it be I function better in stress?

Do I wanna put myself through this again?

So over the past 8 weeks I have been going to school and working 4 days a week. Learning a tough subject, having nightmares and stress breakouts over it, and getting very little sleep. I am SOOO glad to report that the chem equation nightmares have stopped! So here in lies my dilemma though...


Microbiology is coming next. I am enrolled in an 8 week class again, which means class 4 days a week with lab 2 days. Same as before. Of course those are the exact same days I work. Except this time it will give me a few hours to sleep after work before class and a few hours before I have to go into work after class. Except unlike Chemistry the school is NOT close to where I work or where I live. So it'll cost a ton more in gas and those extra hours after school will be filled by driving. I want to do the 8 week because it will complete in October in time for the applications for the RN block 3. Of course they won't know if they have placements until December and the 16 week Saturday class ends in early December. Hummmm....

What to do?? I do know that I can submit my application with the Micro in progress since it will complete by the time selection happens, plus the higher your HESI the greater your chances of placement, and my HESI was pretty damn high. But incomplete applications are put to the bottom of the stack.

Urgh... I am really leaning toward the Saturday 16 week class for my sanity and all But I don't know! It'll only a short time and I made it through this one!
Posted by Azmomo2andcounting at 2:43 PM 4 comments:

So chem final in the bag. Good news is the Internet gave me the EXACT final that we had. Bad news is that I didn't memorize every question and answer. But the good news is that when I compared the practice exam he gave us with the "practice" exam I found on the computer, I realized two important things; One, they totally recycle exams per semester. And two, I actually learned the material and got an A on my final anyways.

So depending on where he places my extra credit and where all the other points fit in....I still have a chance for an A for the course. Can you believe that?
Posted by Azmomo2andcounting at 3:18 PM 2 comments:

What I want Vs What I got

I intended on working enough hours in the rest of this week to fill up 40 hours. What I have decided to do is actually only work 36. 3 12 hour shifts Thur, Fri & today Sat. Why? Well because I have to do 3 10 hour shifts immediately following. As in 10 on Sunday, Mon and Tuesday. I of course have the option of extending somewhere, but since I have not really been getting much sleep, and two I still have this last week of school. I do not want a lack of sleep killer migraine during my final on Thursday.

Oh how I can not wait for this class to be OVER! Must get some study time in tonight. Finish up my lab report and study guide/extra credit packet.

PS. Went to see Harry Potter yesterday before work with the boy. It was a very good movie. Can't believe its over and been 10 years since we first went to see the movie and I had never even heard of the books!

Is there a crack in the bell curve?

Heck I was under the impression that there was NOT a bell curve at all in our chemistry class, but apparently it falls somewhere around how much you cry and exactly how many points he can give you on the extra credit final review to justify a passing grade so as not to upset his pass/fail ratio.

I am not speaking about me... but damn I really hope there isn't a crack in that curve where my name should be.

The third exam is completed and it best 2 out of 3 decision time tomorrow. He said a 1/3 of the class got A's except I totally KNOW I am not one of them. A few questions I strictly had to guess and they were NOT multiple choice. I am having sooo much trouble working out the word problems and during tutoring I get it, then wham! gone from my mind on just where to start. I see the question and BLANK!

Nursing math is wayyyyy easier than this! 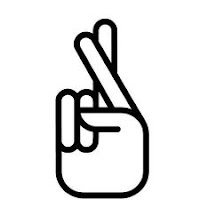 here's hoping for a C!
Posted by Azmomo2andcounting at 5:53 PM 2 comments:

I've got nothing to talk about except bitching... so I won't.
Posted by Azmomo2andcounting at 10:23 AM No comments:

Back to the PICU. Urgh! But I got about 30 hours in in two weeks. Of course I was offered to pick up three shifts this weekend with another kid, BUT a 1 hour and 45 minute commute each way is NOT worth the money when entering a hostile environment with a family you have never met before, just because I know the kid.
Posted by Azmomo2andcounting at 4:49 PM No comments:

Back to work tonight. I had to make a few calls, have some info tracked down, but I did manage to get things organized so that I could earn some money. Mind you I have loved sleeping nights and all that, but I actually like to do that in a house, with AC , water and food. Ya know?
Posted by Azmomo2andcounting at 6:25 PM No comments:

Pharm in the bag with an A. Final was freaking EASY! Maybe its because the meds were not new to me. So 1 down and 1 to go.

Now for Chemistry - 16 more days and a ton of crap to learn!

Posted by Azmomo2andcounting at 12:30 PM 3 comments:

The problem with homecare 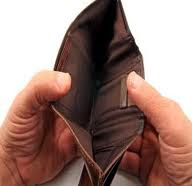 Is that when the client is not home I do not get paid. One week was doable but two weeks is downright on the brink of scary for my wallet. I think I have to seriously reevaluate this process. Of course with class during the day, my options are limited. BUT I really am going to have to think about this hard. We can not live without my paycheck being big. We just can't. And if I want to go get my RN we need for my job to fit in with school.

This job did that, however, even though she came on on Sat. I still was not able to work on Monday, which would have saved me, being as though it was a holiday, because the damn case wasn't opened back up.

This just plain fucking sucks. So even though she is home her Mom says she is sick and needs to go back to the doctor, so I still have no idea if I am working this week or not. URGH!!!
Posted by Azmomo2andcounting at 11:17 AM No comments: 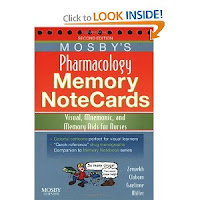 Makes studying for my Pharm final more fun and in an organized manor!

I also found this amazing series of books called the Success series. The questions inside were NCLEX format and even contained pictures of EKG strips and asked which medication would you anticipate would be ordered for this rhythm? I think that is the first time that I have seen this type of question style utilized in a review book. Plus it contained rationals for the correct and the wrong answers. Will definitely be using it in the future. 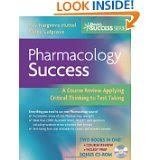 They also had Med-Surg, Maternal & Child Health, as well as Fundamentals.
Posted by Azmomo2andcounting at 10:14 PM 2 comments:

Apparently I currently hold a B in Chemistry, which isn't really too bad since I REALLY did not understand the last few chapters. I did not understand the concept of chemical equations and reactants at all and was just guessing... but after a few hours with an Amazing tutor, I actually finally get it. Of course with some practice I hope to be able to put this all together, do the math correctly and pass my next test with at least a B but preferably an A. Then to nail that final!


In finals news I must take my Pharmacology final on Tuesday. So off this thing to get some work done on my study guide and review. Good thing is that these meds, actions & nursing considerations are not all new concepts. So at least I have a working knowledge of Pharm to base my study on.
Posted by Azmomo2andcounting at 8:38 AM 2 comments: